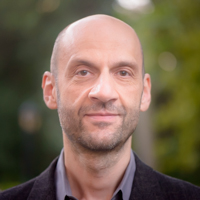 
I am the Vice President of Hybrid Cloud at IBM Research, where I am leading a research program on foundation technologies for IaaS, PaaS, DevSecOps, reliability engineering, service integration, and service management. Our research has led to the launch of new open source projects and the creation of several new IBM offerings from hybrid Kubernetes platform to serverless computing to microservices integration and cluster management.

Before joining IBM Research in 1995, I was an Associate Research Scientist at the Center for Telecommunications Research at Columbia University where I led several research activities on the design and evaluation of control and monitoring systems for high-speed networks.

I received the Laurea in Electrical Engineering and the Research Doctorate in Information Science and Telecommunications from the University of Rome La Sapienza in 1984 and 1989, respectively. As a student, my research activities focused on the design and performance evaluation of access control protocols for local and metropolitan area networks.