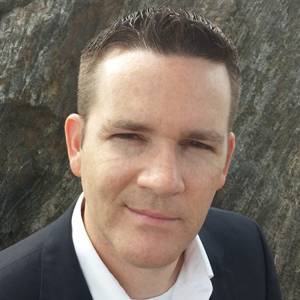 
Joshua Smith researches innovative healthcare technologies at the intersection of engineering and biology to help better understand disease progression.  He graduated summa cum laude with his B.S. in Electrical Engineering from Arizona State University (2004) and received his Ph.D. in Electrical Engineering from Purdue University (2011) on an NSF Graduate Research Fellowship.  He has over 10 years of experience in the semiconductor industry, having worked for Microchip, Medtronic and ON Semiconductor.  Josh joined IBM Research in 2011, where he is currently a Research Staff Member and Technical Assistant to the VP of Healthcare & Life Sciences, Ajay Royyuru.  He was the manager of the Molecular Health Solutions Group in 2020, and IBM Master Inventor.  He also held an Adjunct Assistant Professor position in the Department of Electrical Engineering at Columbia University from 2015-2016.

Dr. Smith and his colleagues developed a chip-based technology called nanoDLD (see animated video here) that can rapidly isolate biomarkers as small as 20 nanometers, providing a potential technological backbone for automation of sample preparation, diagnostics and therapeutics.  They have produced a body of work on the topic from 2016 to present.  He is a sought-after speaker on the subject of lab-on-a-chip applications for healthcare and his work has been highlighted by Forbes, CNN Money, IEEE Spectrum, and Pharma Technology Focus among other media outlets.  Smith has co-authored 19 peer-reviewed scientific publications and is a co-inventor of more than 50 issued patents.

Josh has expertise in the design and development of microfluidic chips aimed at a suite of core capabilities to manipulate, separate and detect individual macromolecules.

Learn more about Dr. Smith and his colleague’s research efforts by clicking on the articles below:

“My recent TED talk builds on the message of this article on how our developing nanoDLD technology can isolate biomarkers associated with the presence of cancer.”

"IBM's lab on a chip breakthrough seeks out cancers origin"