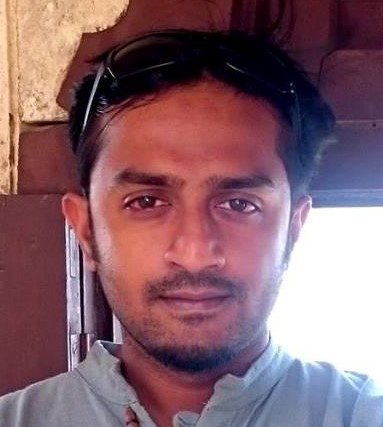 
I am a postdoctoral researcher at IBM Research - Zurich since February 2021, where I work in the Atom and molecule manipulation laboratory led by Leo Gross. My research interests at IBM broadly center around (1) on-surface chemistry for bottom-up fabrication of polycyclic aromatic hydrocarbons and carbon-based supramolecular nanostructures, and (2) atomic-scale structural and electronic characterization of these materials using scanning tunneling microscopy and atomic force microscopy.

I received my PhD in physics from the University of Zurich, Switzerland in April 2020. My doctoral research was carried out at the nanotech@surfaces laboratory at the Swiss Federal Laboratories for Materials Science and Technology (EMPA), where my advisors were Roman Fasel and Pascal Ruffieux. The focus of my doctoral research was on the investigation of pure carbon-based magnetism in polycyclic aromatic hydrocarbons, organic polymers and graphene nanoribbons using scanning tunneling microscopy and spectroscopy. Additionally, I also studied atomistic mechanisms of on-surface chemical reactions using synchrotron-based X-ray photoelectron spectroscopy. Between April 2020 to January 2021, I was a postdoctoral researcher at EMPA, where I investigated the emergence of strongly correlated phases in hydrocarbon spin chains and lattices.

I hold Master's degrees in Physics from the Technical University of Munich, Germany (2014) and in Materials Science from the University of Montpellier, France (2015). For my Master's thesis, I worked at the Paul Scherrer Institute, Switzerland, where I studied the interplay of structural complexity and magnetism in non-stoichiometric praseodymium nickel oxide single crystals using neutron scattering and SQUID magnetometry. Earlier, I received my Bachelor's degree in Engineering Physics from the National Institute of Technology in Calicut, India.

I have received several awards and fellowships, among them the ZEISS Nanotechnology PhD Award from the Swiss Micro- and Nanotechnology Network (2020), IBM-Swiss Physical Society Award in Condensed Matter Physics (2020), Doctoral Distinction of the Faculty of Mathematics and Natural Sciences, University of Zurich (2020), EMPA Research Award (2019) and European Commission Graduate Fellowship (2013).