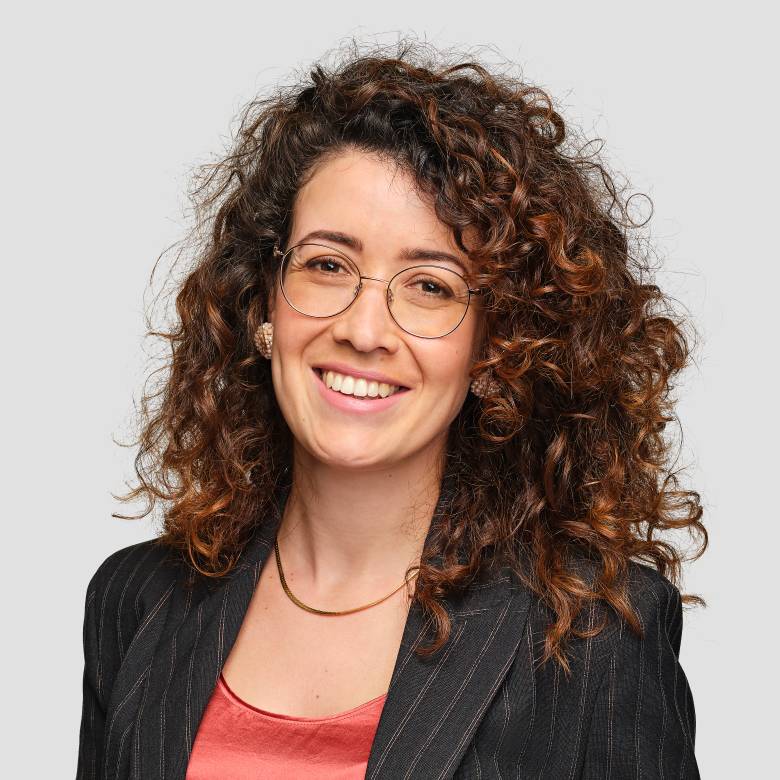 
Dr. Valeria Bragaglia joined the IBM Research-Zurich Lab as a Post-doctoral Researcher in February of 2018. In 2020 she became a research staff member of the Neuromorphic Devices and System group.

Her research focuses on hardware implementations of brain-inspired computing concepts for efficient learning and problem solving. In particular, she is responsible for developing the material and tune its physical properties to build new performing devices and circuit architectures for electrical cognitive computing, such as networks of memristors. She is strongly involved in the growth and the characterization of thin films. She is also engaged in the fabrication and characterization of novel devices and circuits that exploit the unique properties of the developed materials. The covered technologies of her research are ReRAM, PCM, Ferroelectric memories and ECRAM.

Valeria Bragaglia studied Physics at the University of Tor Vergata in Rome (Italy) until 2013, when she got her Master degree. She spent her last year of Master at Paul-Drude Institute for Solid State Electronics in Berlin (Germany) in the group of Dr. Raffaella Calarco, where she pursued research on phase change materials for memory applications, which was the topic of her master thesis.

In 2017, she obtained her Ph.D. at the Humboldt University in Berlin, working between Paul-Drude Institute and Helmholtz-Zentrum Berlin für Materialien und Energie (BESSYII) under the supervision of Dr. Raffaella Calarco. In her Ph.D. thesis she focused on the Epitaxial growth and ultrafast dynamic investigations of GeSbTe alloys and GeTe/Sb2Te3 superlattices.