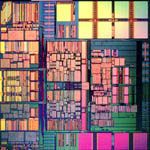 One of the striking aspects in the advancement of computer technology has been the ongoing improvement in system throughput, increasing twofold every 12 to 18 months. The shrinking of devices and the associated increase in performance, in line with Moore's Law and Dennard scaling rules for device miniaturization, have played an important part in this progress. An equally important aspect has been the progress in VLSI circuit and chip design, design automation, design verification and the packaging from chip to system level. Electrical engineers at IBM Research continue to play a key role in each of these areas.

We won an Emmy!A Fox-IBM Research project born out of Almaden won an Engineering Emmy award for Innovation from the Academy of Television Arts and Sciences. Read the press release.

Dr. Tze-Chiang Chen receives IEEE honor for technology leadership Thanks to this electrical engineer's contributions, microprocessors run at about 4 GHz with 1-2 billion transistors per processor.

Search for jobs at IBM

IBM Journal of Research and Development