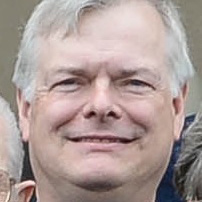 If an adversary can attack a device by altering or copying its algorithms or stored data, he or she often can subvert an entire application. The mere potential of such attack may suffice to make a new application too risky to consider.

However, even though this technology is closely associated with cryptographic accelerators, much of the exciting potential of the secure coprocessing model arises from the notion of putting computation as well as cryptographic secrets inside the secure box.

For over fifteen years, our team has explored building high-end devices: robust, general-purpose computational environments inside secure tamper-responsive physical packages. This work led to the Abyss, microAbyss, and Citadel prototypes; provided the hardware platform for Bennet Yee and Doug Tygar's Dyad project at CMU; contributed to the physical security design for some of earlier IBM cryptographic accelerators; and contributed to FIPS 140-1, the standard used by the U.S. and Canadian Governments for secure devices.

This research introduced the challenge: how do we make this vision real? Widespread development and practical deployment of secure coprocessing applications requires an infrastructure of secure devices, not just a handful of laboratory prototypes, and requires that these devices be trustworthy.

We've addressed both these needs!

We're looking to build applications that push the envelope of secure coprocessors.

And we're working on new hardware:

See separate publication page in menu on the left.

TM: A Certification Mark of NIST, which does not imply product endorsement by NIST, the U.S. or Canadian Governments.