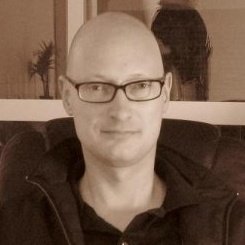 
Food safety procedures, such as the recommendations recently published by the FDA , are critical to reducing foodborne illness. However there is no way to completely eliminate the risk of receiving contaminated food. When prevention efforts fail, rapid identification of the source product is essential. The medical and economic losses incurred increase with the duration of the outbreak. To identify the contaminated product, public health investigators reconstruct the relevant food distribution network. The time required for such an investigation ranges from days to weeks. Accelerating this process will reduce the number of people sickened and restore consumer confidence in our food and public health food safety response systems. As an example, in the 2011 EHEC outbreak in Germany it took 45 days to issue a warning suspecting raw sprouts and over 60 days until the contaminated sprouts were confirmed during which time all the contaminated sprouts had been consumed.

Reducing the time from when the first case of illness is reported until the contaminated food is confirmed is critical. In addition to the human tragedy of illness and death, the financial burden is significant. Every fatal case of E. coli is estimated to cost society seven million dollars. In the United States alone, 128,000 people are hospitalized and 3,000 people die each year from foodborne illness. Furthermore, retailers and distributors lose billions of dollars when food products rot in the fields or are thrown away due to a sharp drop in sales due to consumer uncertainty during an outbreak before the cause is confirmed. Hence, from a retailer perspective there is a strong desire to quickly determine whether one of their products is a likely source in a foodborne disease outbreak.