Almaden Institute 2014: Sequence the City -
Metagenomics in the Era of Big Data

Almaden Institute 2014: Sequence the City -
Metagenomics in the Era of Big Data - overview

The 2014 Almaden Institute, Sequence the City, explores how pervasive DNA sequencing across a city (or factory, farm, air travel system, etc.) could support a robust framework for safeguarding human and environmental health. The overarching aim of the Institute is to articulate the promise and the challenge of genomics in the era of big data.

Metagenomics is the study of mixtures of genetic material corresponding to communities of bacteria, fungi, viruses, and other living things, often co-existing in a microenvironment like on a countertop or in the human gastrointestinal tract. Results from metagenomics research are leading to a new appreciation for the critical role that microbes play in the health of people and the environment. Continued advances in DNA sequencing technology and laboratory sample preparation make it possible to track microbes as they live amongst us, from the typical species and strains, to the malevolent needles in the haystack.

The 2014 Institute will focus on a broad spectrum of science and computational topics including the human microbiome, bacterial and viral evolution, agriculture, food safety, and the microbial ecology of buildings (e.g., factories) and even entire cities. We will review some of the computational methods and analyses that are applied to genomic data today, and explore how new genomic data and services in the cloud could enable entirely new applications in the future. 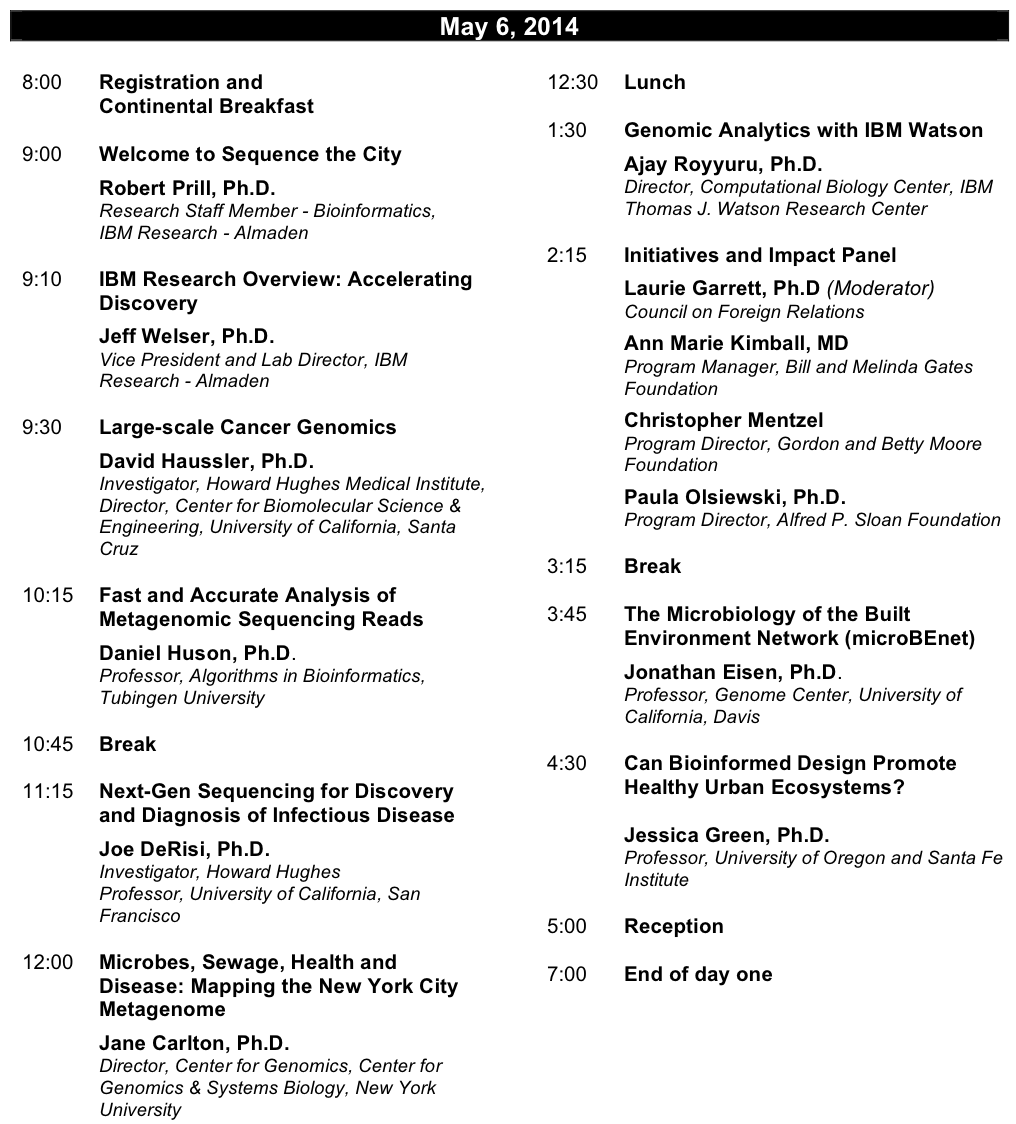 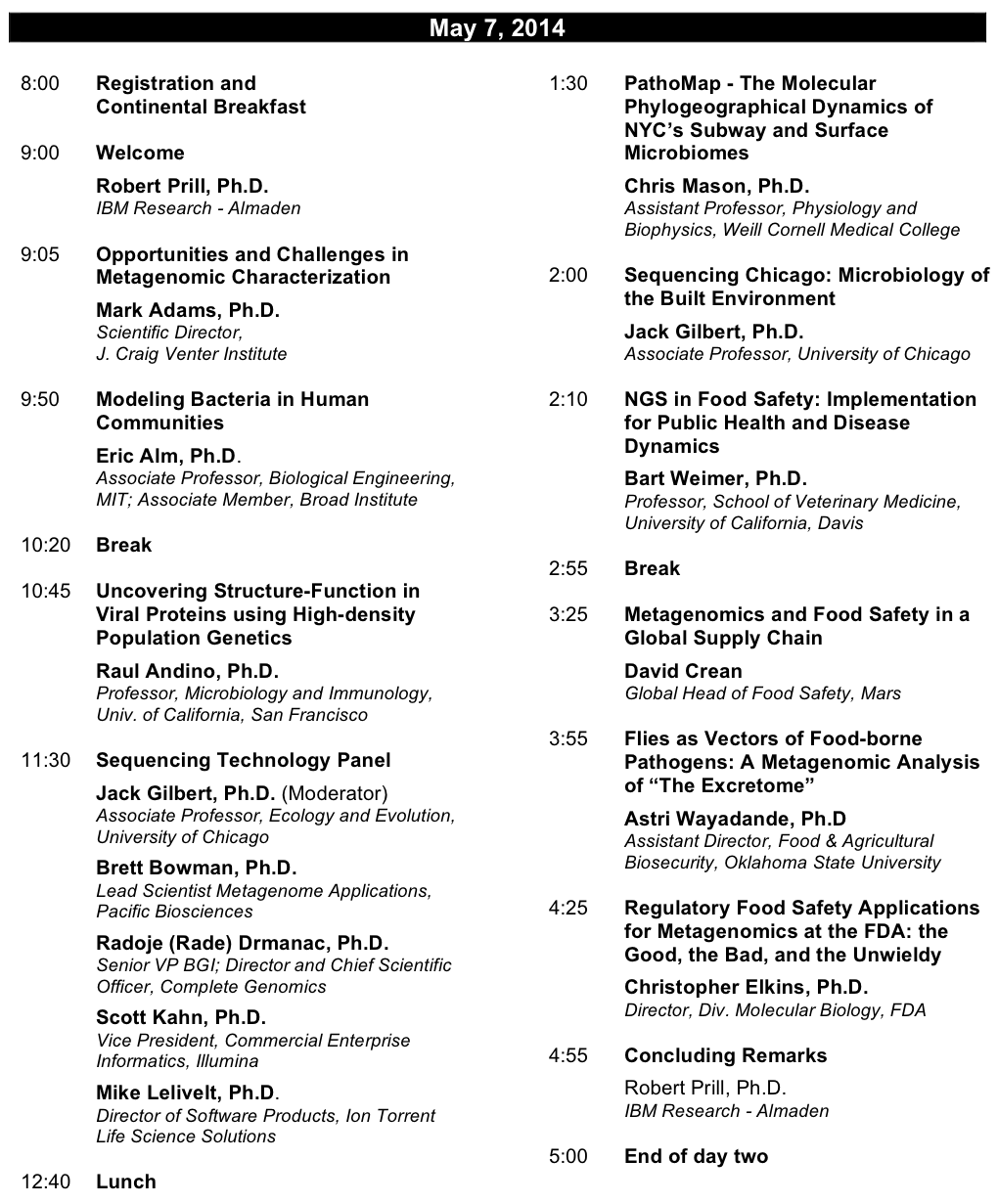 About the Almaden Institute

The Almaden Institute, a semi-annual event at the IBM Almaden Research Center in San Jose, California, brings together eminent scientists from academia, government, industry, and the media to address fundamental challenges at the very edge of science and technology. The Institute is designed to facilitate and foster discussion, debate, interaction, and networking. The Institute is funded by IBM Research.

Invited speakers and invited guests should register here. Use the registration code included in your invitation letter. Email alminst@us.ibm.com for assistance.

Other Accommodations
Saratoga, Los Gatos, and Almaden offer a range of options.