Inside IBM Research | Where great science and social innovation meet

[Updated introduction] With the Ebola virus continuing to impact Guinea, Liberia and Sierra Leone, many groups at IBM have sprung into action. One is a team of Almaden-based researchers working primarily on a pet food safety project with Mars Incorporated. The team organized a weekly Wednesday morning conference call in which some 40 organizations addressed ways to contain the spread of the disease until a cure could be found. 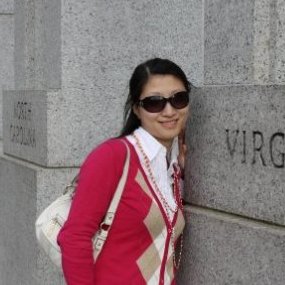 INTRODUCTION
When the Ebola virus looked as if it might run rampant across Guinea, Liberia and Sierra Leone, many groups at IBM sprang into action. One was a team of Almaden-based researchers working primarily on a pet food safety project with Mars Incorporated in Reno, Nevada. The team organized a weekly Wednesday morning conference call in which some 40 organizations, including representatives from IBM, the Centers for Disease Control in Atlanta, the Geneva-based World Health Organization, Stanford and Johns Hopkins addressed how to contain the spread of the disease until a cure could be found.

In this episode of Inside IBM Research, Kun Hu (pictured), a researcher at IBM Almaden Research Center, talks about STEM, the Spatio-Temporal Epidemiological Modeler, a mathematical tool that lets researchers simulate the evolution of highly contagious diseases such as Ebola with the goal of understanding them — and, ideally, preventing their spread altogether.

INTERVIEW
We actually heard about Ebola early last year, but we hadn’t done anything [about it] because we were really busy with our engagement at Mars. But we were talking about what’s going on about infectious disease all over the world. So, my manager, James Kaufman, mentioned we got a lot of requests to model Ebola. What should we do? We thought that since we have invested so many years in modeling different infectious diseases and responding to global pandemics, for example, like, H1N1, why not we spend some time on Ebola as well since it’s a disaster? It’s a crisis in West Africa at that time. So, that’s why we started to use a real notebook and pencil to write down our first version of [the] Ebola mathematical model.

As a STEM team, we invested more than ten years building this Spatio-Temporal Epidemiological Modeler (STEM). This is the modeling platform that basically facilitated people to quickly prototype their disease model in which they’re interested and also can, like, plug in their data and do their prediction. We have [been] using the STEM model with various different infections diseases, like H1N1 during the 2009 epidemic-outbreak, starting from Mexico.

And also, during 2013 when there is an outbreak in China about H7N9, we got a request from the Chinese CDC, and we helped them using STEM to build a model to predict the risk: What if the transmission could establish from person to person, which, fortunately, would not become reality. But we helped them evaluate the risk so that they can [be] better prepared at that moment.

I want to clarify that it’s an epidemiological model. It’s not IBM’s invention. So, people in the university and also research labs, they are doing these kinds of mathematical models, basically using ordinary differential equations to capture the rates between different compartments. By compartments, I mean the different disease states, like “susceptible,” “infectious” and “recovered.” And IBM’s contribution is this platform. And also built on this platform, we have a whole library of data, including air transportation. ground detail level of maps, population information, ten years of earth science data and also various infectious disease models.

Using our model , we are trying to evaluate the different transmission pathways of Ebola. So transmission happens between susceptible populations and the normal infectious population. You can imagine this happens in neighborhoods in a community that you interacted with your neighbors and friends. And then the transmission happens at the hospital clinic. Basically the at-risk group are the healthcare workers. If they don’t have appropriate PPE (Personal Protective Equipment), or they didn’t follow certain procedures, like protocols, there is risk of infection.

So, you probably know that in the beginning of the Ebola epidemic, a lot of infection happened during and before the funeral. Because women need to prepare the body. And they wash and dress the corpses in order to be prepared for the funeral where a lot of women got infected of Ebola because they basically [came into] contact with this very high viral load of bodily fluids of Ebola — risking a three to five times higher rate of infection. And then during the funeral, friends and relatives come and then they kiss and hug the corpses, and then they are exposed to the infectious bodily fluids, and they got infected as well.

I should say that those transmissions are all captured by mathematical equations. But we have to incorporate those cultural concerns into our model, because we think that the cultural and also the people’s behavior are critical to this kind of transmission of Ebola. Ebola transmission still could happen through sexual transmission, even though the patient recovered from Ebola. That can be as long as a couple of months. And that’s why in our paper we mention that when people alter their behavioral response to [the] Ebola outbreak, it’s basically a dramatic help to control the disease. Since you know that there is no medication or vaccine for Ebola, and that seems to be the only way that people can combat this epidemic.

In our field, people always say we need to prepare for the next epidemic because the future epidemic can be even worse than this current Ebola outbreak. And when I participated in a conference at the London Zoo a couple of months ago, I think one of the guest speakers mentioned globalization and also environmental change. Those things happen and people get more and more close with wild animals. And human beings may never be exposed to some virus that used to be on an animal host, but now they are a jump-host from animal to human being. If that can jump-host to humans, and human-to-human transmission can [be] established, that’s something we probably really need to worry about.

So how can we better prepare to respond to the epidemic? We have to use this epidemiological modeling toolbox to estimate how many people can be exposed to the disease, and how can we respond to that, you know, evaluate different scenarios and basically come up with a response strategy.

OUTRO
To learn more about the open source Spatio-Temporal Epidemiological Modeler, and about how to get involved in the Ebola community conference call, visit Kun Hu’s personal Researcher web page.

You’ve been listening to Inside IBM Research. I’m your host, Barbara Finkelstein. Our producer is Chris Nay at our IBM Austin Lab. Our music is Happy Alley by Kevin MacLeod. Share this episode with colleagues and friends — and keep an ear out for our next episode.