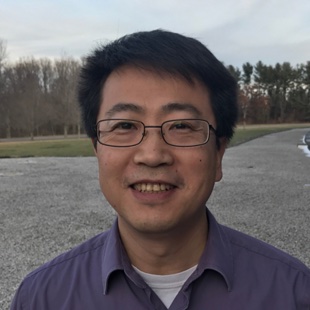 Since 2013, the collaboration between IBM, Rensselaer Polytechnic Institute and The FUND for Lake George has built the world’s most advanced environmental monitoring system. The system has a sensor network that gathers more than nine terabytes of physical and chemical data annually; computer models that depict the flow of water, nutrients and contaminants through the watershed; and surveys of aquatic animals that inhabit the lake and streams. The monitoring system also conducts ongoing experiments to test the impacts of human activities on the Lake George ecosystem.

In 1791, Thomas Jefferson visited Lake George and declared it "... without comparison, the most beautiful water I ever saw." With a focus on major threats — including excess nutrients, invasive species, contaminants and declines in overall water quality — we have created a new model to help understand ecosystems and provide science-based insights to decision-makers for sustained lake protection.

How is Lake George changing? Why is it changing? And how can we protect it? The Jefferson Project at Lake George was founded to tackle those questions through a new model, pairing emerging technology with scientific research. Our team of over 100 researchers and students is studying Lake George at every level, from physics to fish. In developing this state-of-the-art environmental monitoring platform, The Jefferson Project is entering a new stage: discovery.

A few of the things we’ve learned: Despite anecdotal observations of declining water clarity in shallow areas, clarity in deep waters hasn’t changed in more than 20 years. One of our complex models reveals that salt cycles through the watershed, leaving the lake in an average of seven years, which indicates the potential resilience of the lake. And while levels of salt in the lake’s deep water have tripled over the past 36 years, we’ve shown that it remains far below levels that cause harm to lake organisms.

However, we have also discovered that salt concentrations in the streams can peak at 100 times higher than the lake, posing a substantial risk to aquatic organisms.

Already, our work is yielding greater insights into how Lake George functions, and how citizens and policymakers can use science-based solutions to protect it. Our early monitoring and experimental results have produced a broad view of the lake, and in the next phase of the project, we tighten our focus to shallow waters, streams, and soils, areas where our work suggests we may find more evidence of human impacts. With a nearly completed sensor network, and increasingly sophisticated computer models, we introduce the power of IBM® Watson™-based cognitive computing technology to make sense of incoming data. We are pioneers, building an example that can be replicated to protect ecosystems across the globe, and we hope you will join us.