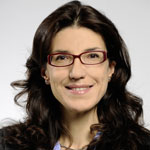 Scientific documents such as papers, reports and patents but also other professional documents such as financial or medical reports very often include numerous diagrams. The goal of these diagrams is to illustrate, in a graphical way, data sets that explain, describe or emphasize the textual content of those documents.

Such data sets can be generated by experiments, measurements, observations or other means, and are uniquely depicted in these technical diagrams for the reader to extract the message they convey in a fast and efficient way.

With the emergence of Internet searches and archival storage, together with the speed at which new scientific documents are constantly being created, it is of great value to have tools that can not only scan numerous documents and extract their main scientific information automatically, but also present this information in a concise and meaningful way.

However, for a document to be completely and thoroughly analyzed, its diagrams also need to be processed in order to extract the key information presented by the depicted data sets.

The problem is that such graphs are typically stored as bitmap images, the data sets are often very noisy, and the graphic symbols used to depict the data, such as lines, markers and labelling, often overlap, intersect or otherwise override each other.