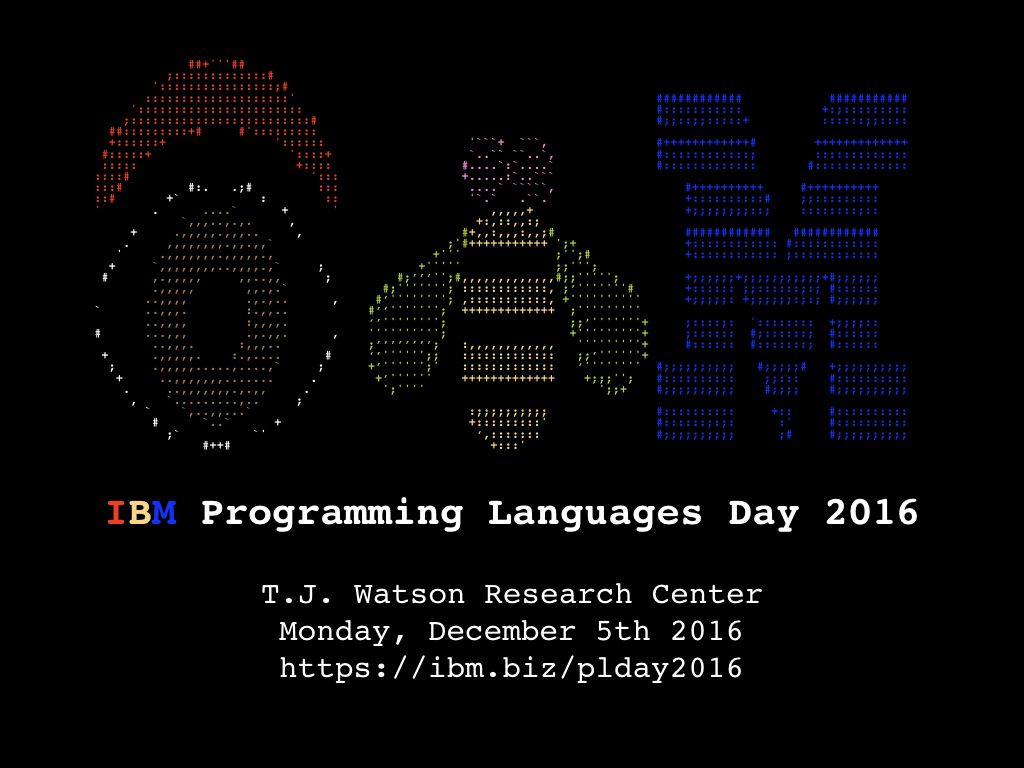 The 2016 Programming Languages Day (PL day) will be held at the IBM T.J. Watson Research Center on December, 5th. This is a one day event that will feature a keynote by Chris Lattner (Apple Inc.) and several conference-style talks. The event is open to all IBMers and we encourage local participation from professors and students.

Swift is a modern programming language which aims to be expressive and fun to use, while also generating fast code, being memory safe by default, and usable for many different tasks. Initially developed by Apple, Swift was released as open source in 2015, including support for Linux (see https://swift.org/). It is already incredibly popular for writing apps for Apple platforms, and is gaining traction in uses ranging from extremely high level scripting to low-level systems programming. Though Swift is only two years old, it is one of the fastest growing programming languages in history: there are over a hundred thousand apps in customer hands, it is installed on millions of developer machines, and its incredibly vibrant open source community is bringing it to many new platforms. This talk gives a brief introduction to Swift, then dives into interesting aspects of its design and implementation which open new opportunities for language, compiler, runtime, and virtual machine research.

Contact: For any questions, please contact one of the co-organizers: Louis Mandel (lmandel@us.ibm.com) or Jerome Simeon (simeon@us.ibm.com).