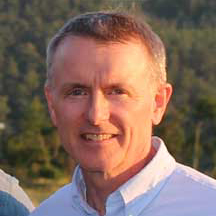 (Keynote) "The ISM and Galaxy Evolution from pc to kpc Scales" in Linking the Milky Way and Nearby Galaxies:  The ISM and Star Formation from Cold Cores to kpc Scales,  Helsinki Finland, June 3-7, 2019

"Star Formation over Cosmic Time," in The Wonders of Star Formation, a tribute to Hans Zinnecker, Edinburgh Scotland, Sep 3-8, 2018

"Formation of Globular Clusters in Dwarf Galaxies at High Redshift," in The formation of globular clusters at high and low redshift; tracing star and cluster formation across cosmic times, Sexten Italy, Jul 16-20, 2018

"Triggering of star formation from a theoretical point of view: gas dynamics, environment, and instabilities," in The Laws of Star Formation: from the Cosmic Dawn to the Present Universe,  Cambridge UK, Jul 2-6 2018

"Formation of Metal-Poor Globular Clusters," in The Multi-Scale Physics of Star Formation and Feedback during Galaxy Formation, Heidelberg Germany, Jun 25-29, 2018

"On the Appearance of Thresholds in the Dynamical Model of Star Formation," in Regional Galaxy Formation Meeting, Flatiron Institute New York USA, Nov 23, 2017

"Globular Cluster Formation at High Density: A model for Elemental Enrichment with Fast Recycling of Massive-Star Debris," in Modes of Star Formation: A Symposium in Honor of Jay Gallagher, Aspen, USA, Sep 25-29, 2017

"Synthesis of the collaborative effort by the LEGUS team from the theoretical point of view," in  Linking Observations and Theory Across the Scales of Star Formation in Galaxies, Sexten Italy, Jul 10-14, 2017

(Keynote) "Understanding the Formation of the Earth, Sun, and Stars - a Challenge for the Next Generation," in The Wallenberg Foundations Big questions in astrophysics - the next decades, Lund Sweden, Apr 4, 2017

"Structure formation and scaling relations in the ISM (large scale)," in The Physics of the ISM, Cologne Germany, Feb 13-17, 2017

(Conference Summary) "Some thoughts on the evolution of thick disks and the Milky Way: where to go from here?" in The Milky Way and its environment: gaining insights into the drivers of galaxy formation and evolution, Paris France, Sep 19-23, 2016

"The Secular Evolution of Disc Galaxies and the Origin of Exponential and Double Exponential Surface Density Profiles," in Disks in galaxies, Garching Germany, Jul 10-16, 2016

"The Role of HI in Star Formation," in Life Cycle of Gas in Galaxies, a Local Perspective, Dwingeloo Netherlands, Sep  4, 2015

"Progression over time from clumpy to smooth exponential disks," The Formation and Evolution of Exponential Disks in Galaxies, Lowell Obs., Flagstaff USA, Oct 6-9, 2014

"Formation of stars and clusters over cosmological time," Lessons from the Local Group, Seychelles Islands, May 18-24, 2014

"Bulge Formation Driven by Disk Torques and the Growth of Nuclear Black Holes," and "Conference Summary," Star Formation and Its Environment in the Center of Galaxies, ASIAA Taiwan, Nov 12-16, 2012

"The origin and evolution of the GCMF," in Dynamics of Low-Mass Stellar Systems: From Star Clusters to Dwarf Galaxies, Santiago Chile, Apr 4-8, 2011

"Thermodynamics and Mechanics of the ISM," in Stormy Cosmos, The Evolving ISM from Spitzer to Herschel and Beyond, Pasadena USA, Nov 1-4, 2010

"Bandshifting and other Masks of the Clumpy Populations in High Redshift Galaxies," in Galaxies and their Masks, Sossusvlei Namibia, Apr 11-17 2010