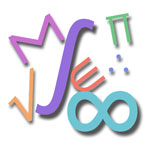 IBM mathematicians have made contributions to state-of-the-art algorithms for linear, non-linear, mixed-integer and derivative-free optimization, as well as new areas such as algorithmic game theory and quantum complexity. Working with IBM Business Consulting Services and the IBM Center for Business Optimization, researchers have access to an array of challenging problems that have resulted in innovative solutions and a deeper understanding of the fundamental theoretical issues underlying many business problems.

Open Collaborative Research: Optimizing capabilities to drill for petroleum Applied mathematicians from IBM Research, such as Andrew Conn, are working with the Norwegian University of Science and Technology to maximize oil exploration in the North Sea.

Open Collaborative Research: Finding a model for ill-posed problems An IBM Research collaboration with the University of British Columbia homes in on solving problems based on scant but reasonable information.

The beauty and mystery of mathematics IBM researcher Cliff Pickover, author of The Math Book and winner of the 2011 Neumann Prize, blogs about the biennial Gathering 4 Gardner meeting. [A Smarter Planet Blog]

Free iPad app from IBM reinvents iconic '60s era exhibit on history of mathematics App marks the impact of math on the world and pays tribute to Mathematica exhibit created by design team of Charles and Ray Eames. Also: Bringing STEM learning to life President and director of the Museum of Science in Boston lauds Minds of Modern Mathematics free iPad app.

What's all this about P not equaling NP? Ken Clarkson, Ron Fagin and Ryan Williams look back on the Deolalikar affair and offer up an analysis of it.

Search for jobs at IBM

IBM Journal of Research and Development