With recent advances in natural language understanding techniques and far-field microphone arrays, natural language interfaces, such as voice assistants and chatbots, are emerging as a popular new way to interact with computers. They have made their way out of the industry research labs and into the pockets, desktops, cars and living rooms of the general public. But although such interfaces recognize bits of natural language, and even voice input, they generally lack conversational competence, or the ability to engage in natural conversation. Today’s platforms provide sophisticated tools for analyzing language and retrieving knowledge, but they fail to provide adequate support for modeling interaction. The user experience (UX) designer or software developer must figure out how a human conversation is organized, usually relying on commonsense rather than on formal knowledge. Fortunately, practitioners can rely on conversation science.

At IBM Research-Almaden, conversation scientists, UX designers and computer scientists have been collaborating to develop a new approach and methodology to user experience design for natural language interfaces. By leveraging formal knowledge from the literature of Conversation Analysis, the approach enables a user experience that is more conversational than that of today's voice assistants and chatbots. We have recently published a practitioner's guide to our methodology, as well as edited a book with other practitioners in industry and academia (below). 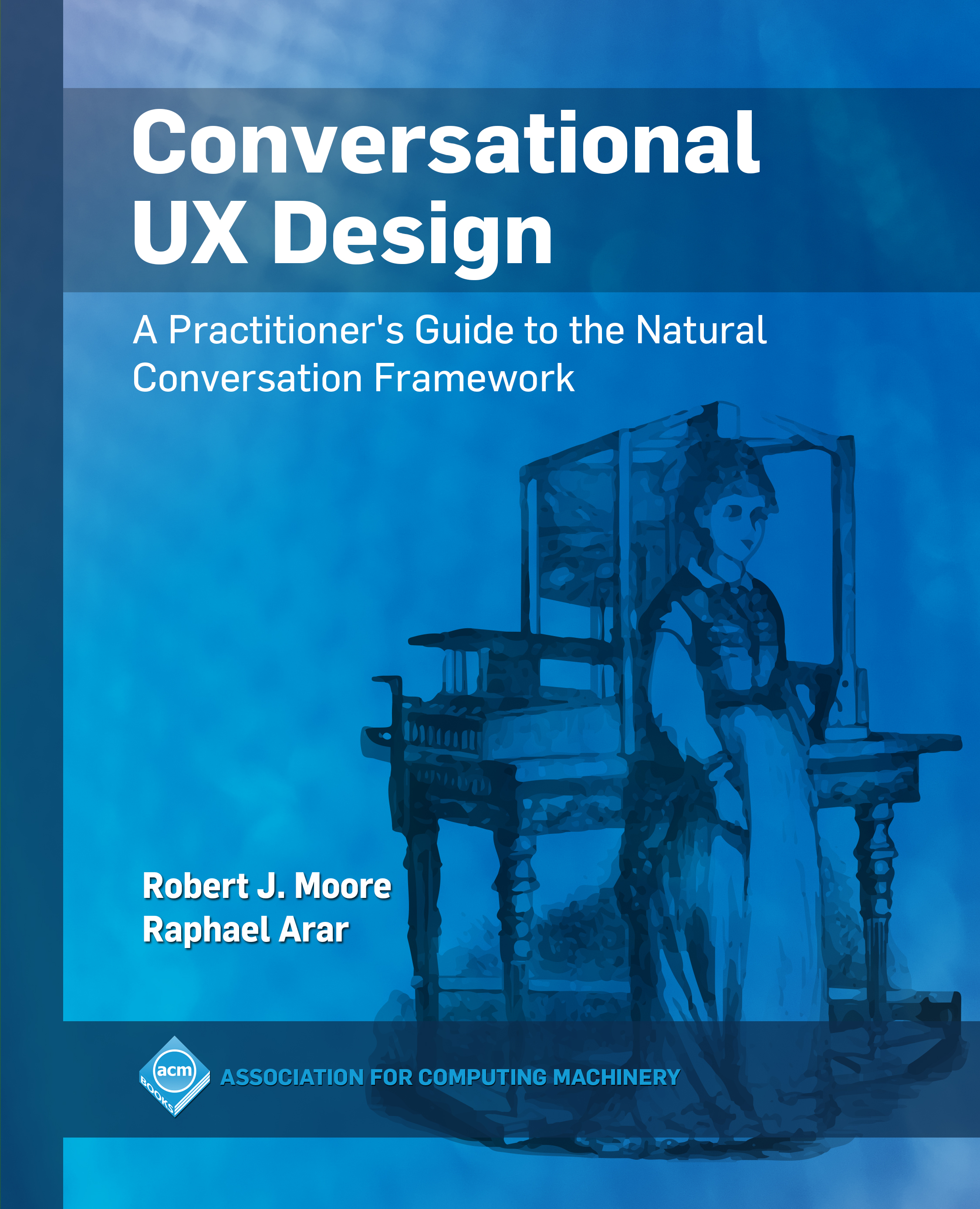 This book adapts formal knowledge from the field of Conversation Analysis (CA) to the design of natural language interfaces. It outlines the Natural Conversation Framework (NCF), developed at IBM Research, a systematic framework for designing interfaces that work like natural conversation. The NCF consists of four main components: 1) an interaction model of “expandable sequences,” 2) a corresponding content format, 3) a pattern language with 100 generic UX patterns and 4) a navigation method of six basic user actions. The authors introduce UX designers to a new way of thinking about user experience design in the context of conversational interfaces, including a new vocabulary, new principles and new interaction patterns. User experience designers and graduate students in the HCI field as well as developers and conversation analysis students should find this book of interest. 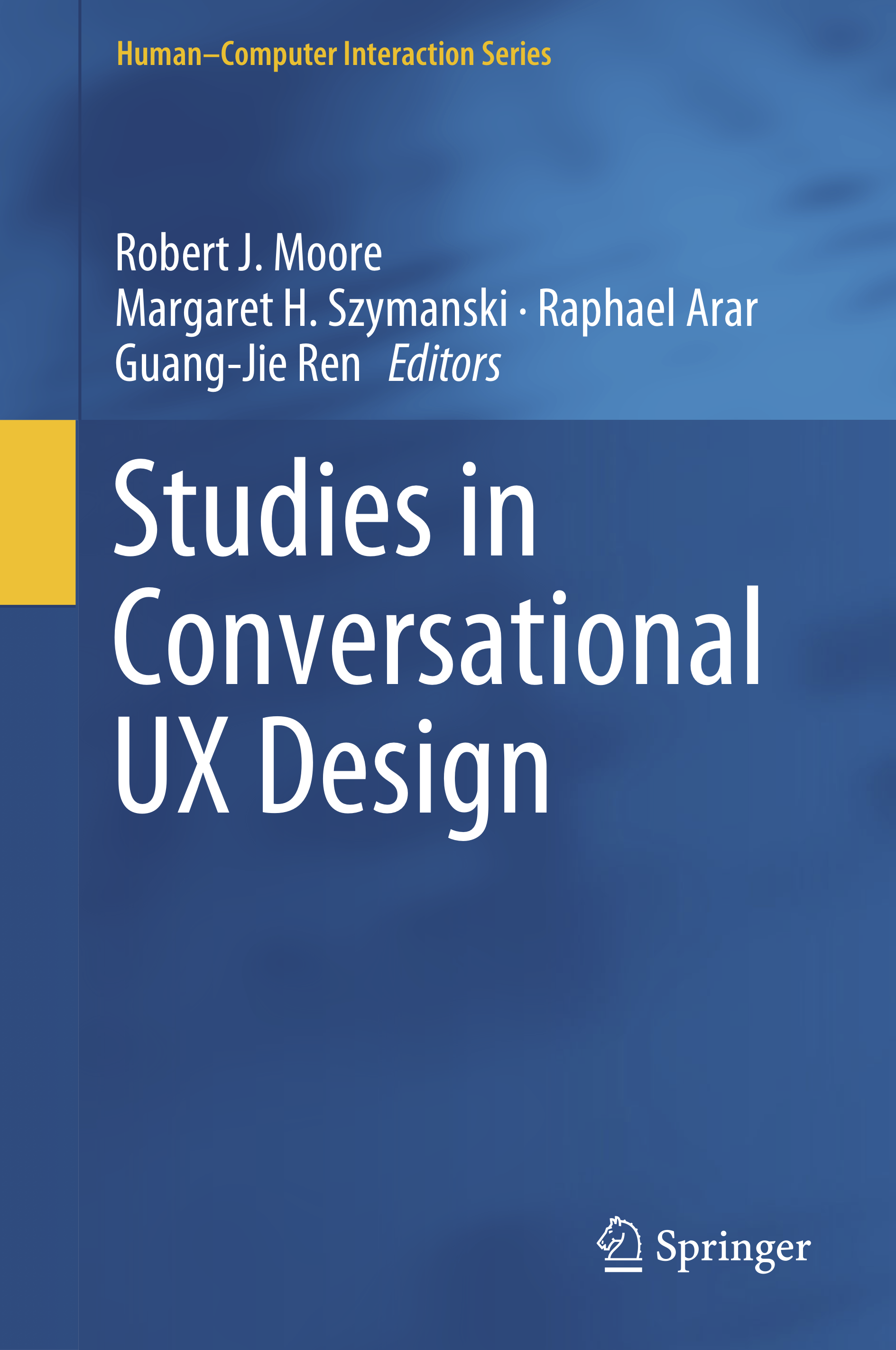 This edited book explores the intersection of UX design, of both text- or voice-based virtual agents, and the analysis of naturally occurring human conversation (e.g., the Conversation Analysis, Discourse Analysis and Interactional Sociolinguistics literatures). It contains contributions from researchers, from academia and industry, with varied backgrounds working in the area of human-computer interaction. Each chapter explores some aspect of conversational UX design. Some describe the design challenges faced in creating a particular virtual agent. Others discuss how the findings from the literatures of the social sciences can inform a new kind of UX design that starts with conversation.